详细规格
Unleash the power of C++ and Blueprint to develop Multiplayer Games with AI in this Epic Games-approved course.
Approved by Epic Games and taught by former Epic Games engineer, Tom Looman, this course teaches you how to use C++ to build your own games including artificial intelligence in Unreal Engine 4.
If you have a bit of programming know-how from other coding languages but are new to C++ game development, then this course is for you! Unreal Engine 4 Mastery is also a great fit for current developers who have previous experience with Unity3D or other game engines. Unleash the full power of the Unreal Engine by taking this step-by-step guide.
In this course, you will:
Create two multiplayer-ready games in C++
Create multiple types of AI enemies
Expose C++ code to Blueprint to unlock the full power of the engine
Discover the fundamental classes required to build games
Code many common gameplay mechanics like weapons, power-ups, characters, guards, and more
Challenge yourself with fun activities that further test your programming knowledge
Discover many tricks and features in C++ to get the most out of Unreal Engine
Master the fundamentals to build your own dream game
What you’ll learn
Discover the power and ease of C++ to build games in Unreal Engine 4.
Master the fundamentals of C++ programming for Unreal Engine 4.
Build multiplayer games in C++ to play with friends.
Utilize the Gameplay Framework to create any genre of games.
Create multiple types of Artificial Intelligence within Unreal Engine 4.
Write clear code that can be exposed, extended and modified by Blueprint.
Who this course is for:
People who have tried C++ with Unreal before but could not find the right tutorial to support their hands-on learning style. This course offers step-by-step guidance and lots of activities so you can master making games with C++.
Developers from Unity3D and other engines looking to dive into Unreal Engine 4 programming.
People with prior programming experience who want to make multiplayer games and create artificial intelligence in Unreal Engine 4.
If you have never touched a programming language before this course may not be for you. However, proficiency in Unreal’s Blueprint visual scripting also counts as a valid foundation for this course as it shares the same concepts as languages like C++.
If you are an artist who wants to bring your ideas to life in a game, a Blueprint-focused course might be a better fit for you. Skim the course curriculum to see if you’re interested in using the power of C++, networking, and AI programming to build out the technical structure of your game.
Requirements
You have a basic understanding of programming in any object-oriented programming language such as C#, Java, Python, or C++ or a decent understanding of scripting in Unreal’s Blueprints. (Understanding keywords like classes, functions, floats and bool are necessary to follow along in this course.)
You have Unreal Engine installed (4.17 or higher) and understand the basics of the Editor, like moving around the viewport and using the Content Browser. 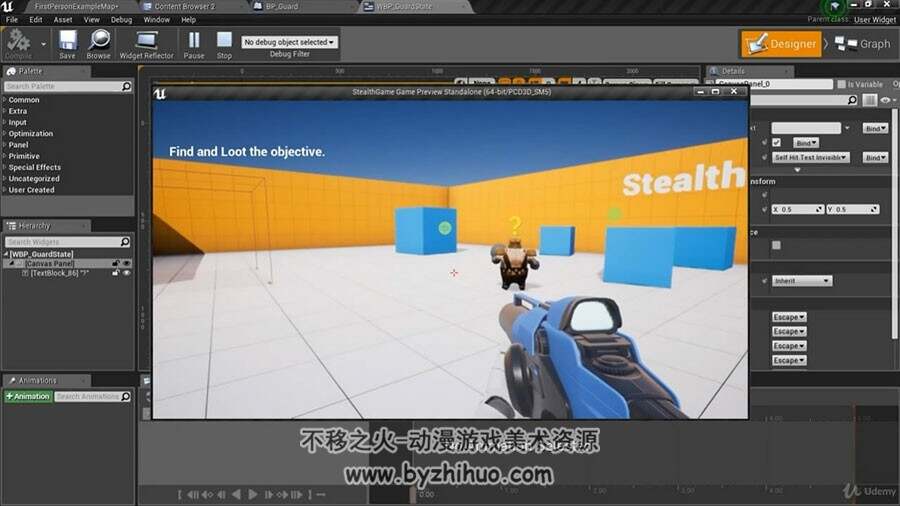 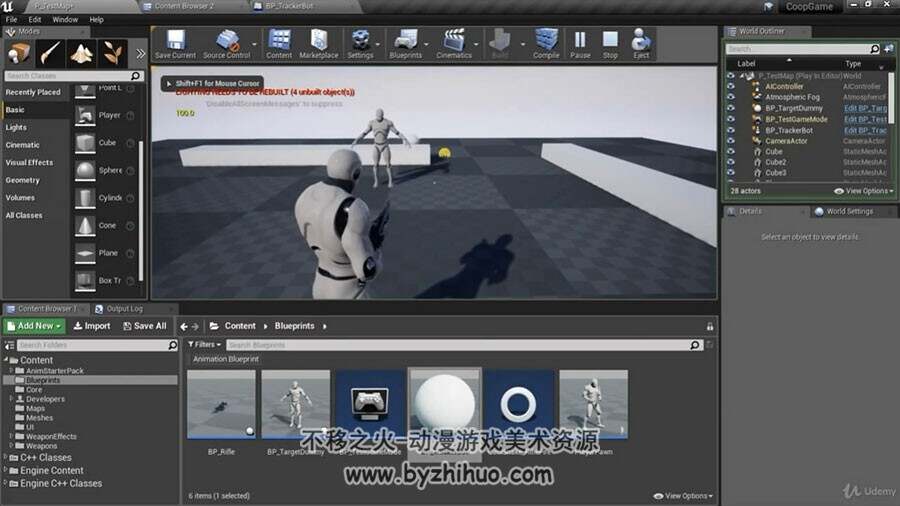 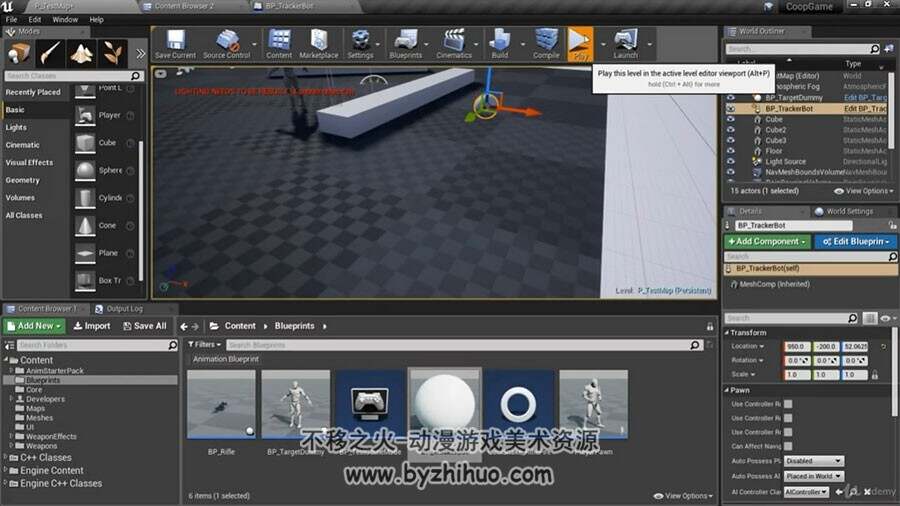 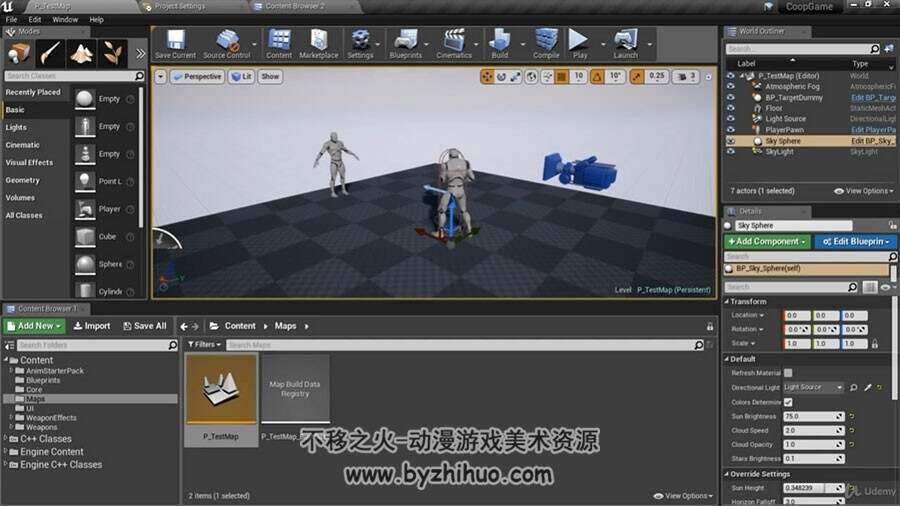 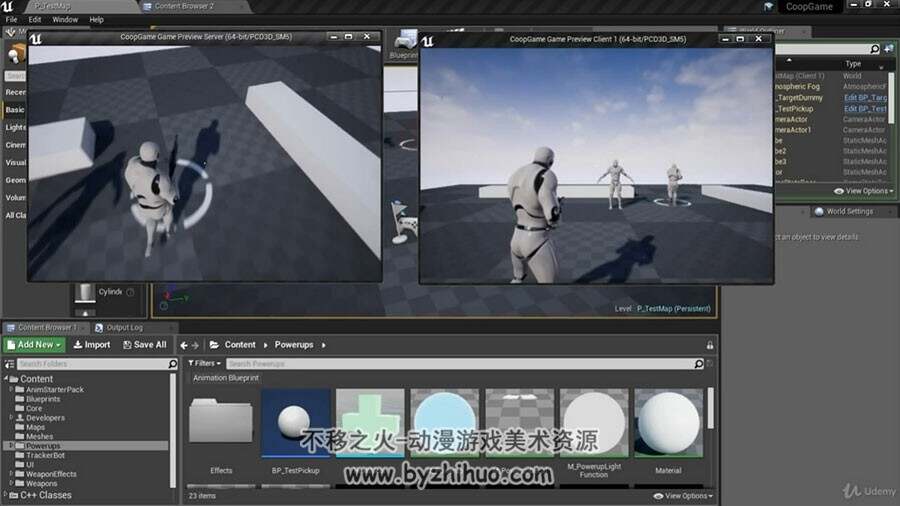 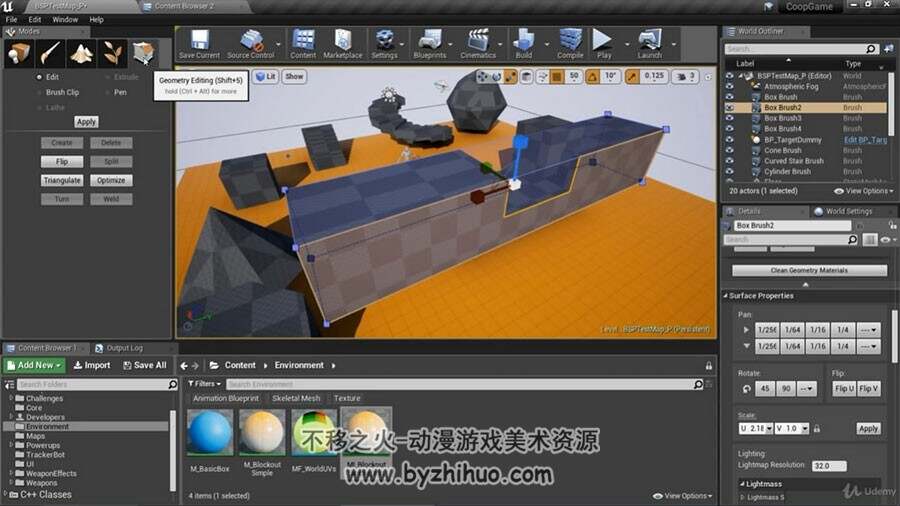