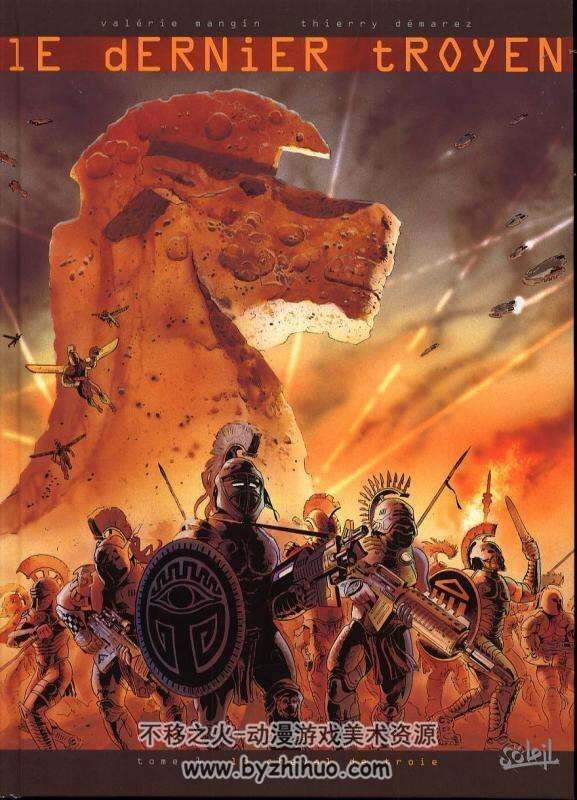 Vol. 1 : The Trojan Horse
For the past 10 years, the Greek Achéan kings have besieged Troy-la-Troglodyte, the richest planet in their galactic quadrant. For the past 10 years, the battle has raged and the heroes have died in vain. For the past 10 years, the gods have chosen their side without succeeding in changing the fate of the war.Aeneas, the Trojan strategist, no longer knows what to do except curse the beautiful Helen, responsible for the war and King Ulysses, the most cunning of the Greeks.Yet one day, everything changes. Without warning, the Acherans abandon the siege: they leave behind a mysterious asteroid carved in the shape of a giant horse. Is it the symbol of their defeat or one of their Machiavellian traps? 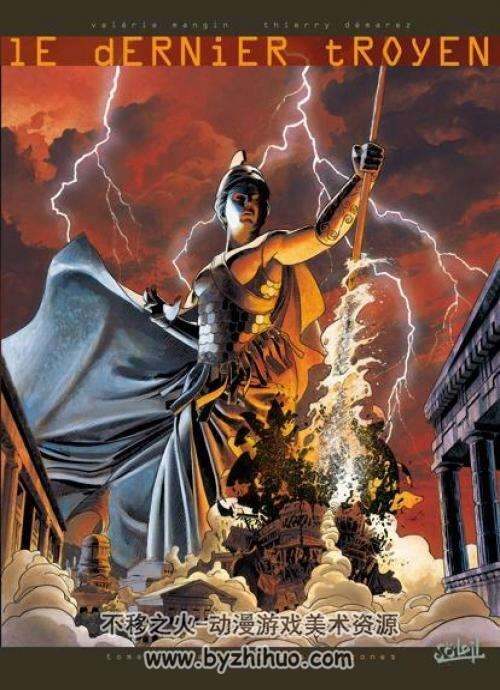 Vol.2 : The Queen of the Amazons
Victim of the cruelty of the gods, Troy disappeared in a torrent of iron and fire. Only the strategist Aeneas managed to escape slavery and death. With a few companions, he now travels through space in search of the new planet that his mother, the goddess Venus, promised him. But his destiny is decidedly not to find peace.A mysterious S.O.S. draws Aeneas to Thrace, the planet of the Amazons. The famous female warriors, allied with the Trojans during the war, are victims of a frightening curse. Salt has been slowly eating away at their city and planet since Ulysses, the king of Ithaca, stopped there. Aeneas can't let that happen. Would he hope to take revenge on the immortal gods or at least on Ulysses, their instrument, whose cunning caused the loss of Troy? Vol. 3 : The Lotophages
Barely saved from the Medusa, Aeneas is soon forced by the goddess Minerva to go in search of the basilius Ulysses who has mysteriously disappeared. In his quest, the Trojan strategist lands on a strange planet covered by lush vegetation. Only colossal stone towers emerge, as if to attract the attention of space travelers. Their inhabitants, the Lotophages, are welcoming, very welcoming... so welcoming that no one has ever managed to leave their planet. Never... 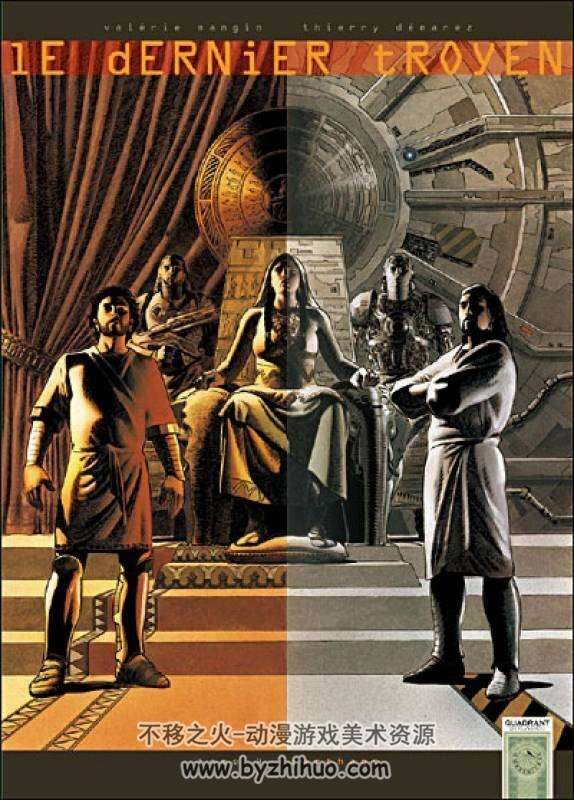 Vol.4 : Carthago
Carthago, the space city, lives in peace and prosperity. But one day, Queen Dido sees a terrible danger in her prophetic mirror: a great war will one day pit Carthago against the future Rome. In order to be sure of her victory, she decided to prevent the existence of the Romans: Queen Dido would annihilate the last Trojans, the future founders of Rome, whose fleet was approaching her city.
What she does not know is that Venus, the goddess of Love, watches over her son Aeneas. But in the cruel world of galactic antiquity, can love really triumph over fate? 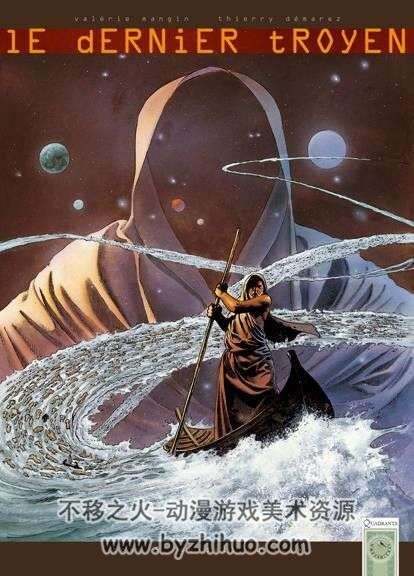 Vol.5 : Beyond the Styx
Aeneas is dead! Unable to bear the suicide of Queen Dido, he preferred to follow her into the dark kingdom of the god Pluto. But Venus, the goddess of Love, refuses this decision: her son must return to the living at all costs. Without hesitation, she kills the only man cunning enough to escape from the Underworld and bring amore back: Ulysses.Then begins for the king of Ithaca, accompanied by the faithful Andromaque and Anchise, a mind-blowing journey on the Styx River, to the infernal dimension. There, a huge surprise awaits him: the Three Judges of Hell immediately agree to resurrect Aeneas. But Ulysses remains on his guard. This benevolence hides a trap... Necessarily! 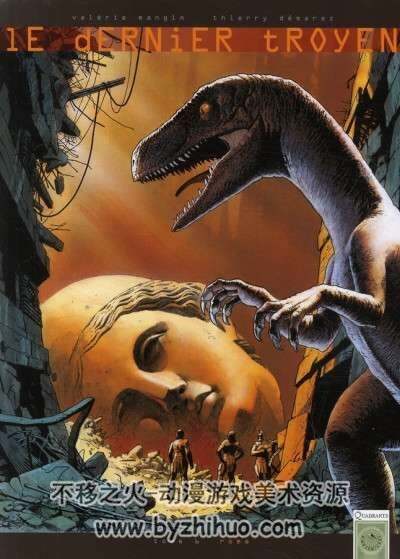 Vol. 6 : Rome
Rome at last! Aided by the god of the underworld, Aeneas and his people reached the promised land after the fall of Troy. Furious, The Olympians must swear to leave them in peace forever. But they didn't say their last word. Didn't Diane, the hunting goddess, just hit with an Andromaque arrow, yet her protégé?

Thus, while the Trojans hunt the dinosaur in the plains of their new world, the young woman begins to feel the effects of a strange evil, an evil that prevents her from going to explore the mysterious city engulfed in the nearby marshes and especially from it discover the terrifying secret before it's too late!